Use Your Metamask Wallet on Pianity 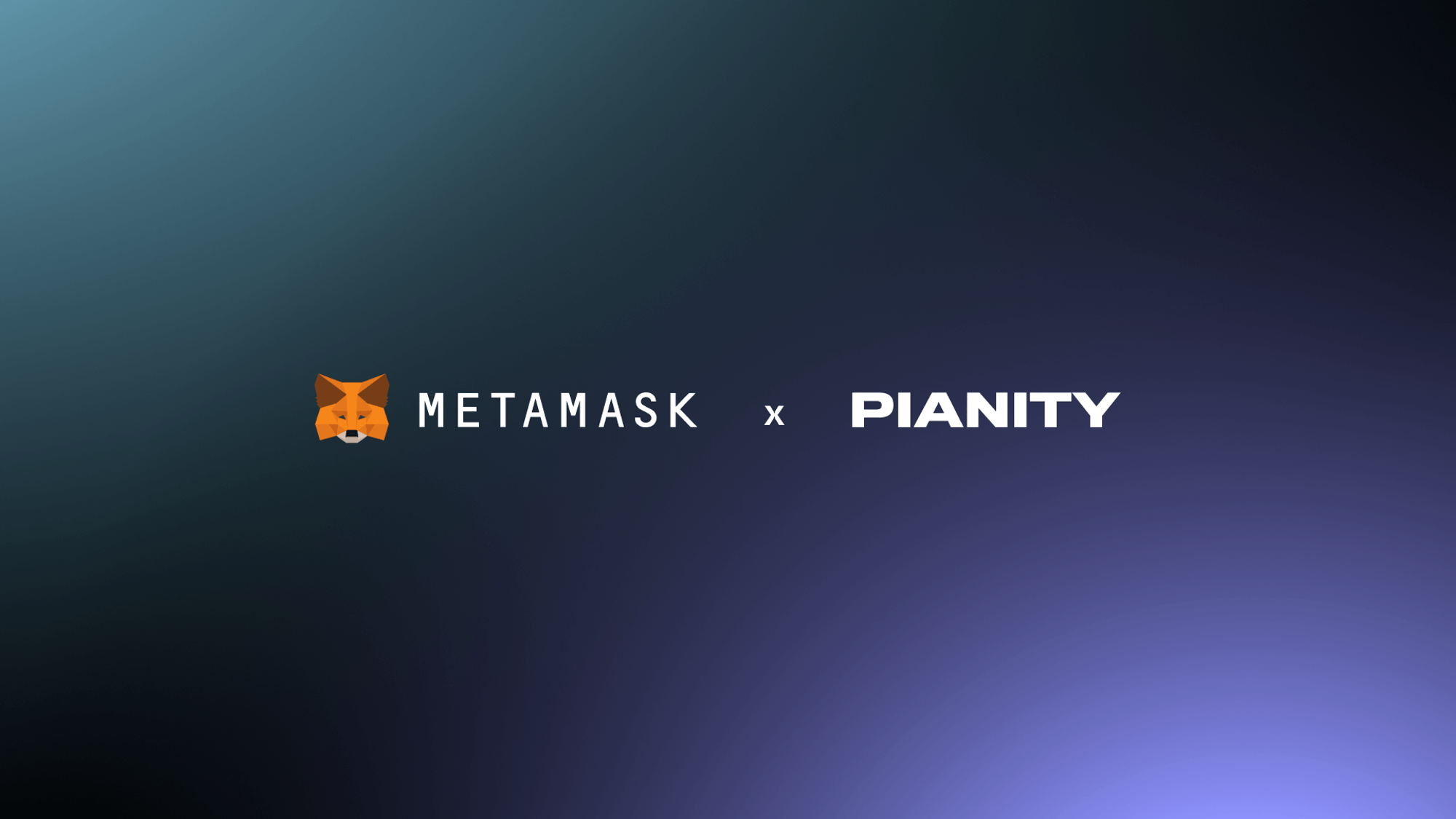 We’re thrilled to announce a new feature that allows users to connect to the platform using their Metamask wallet. This feature was made possible by the cutting-edge work of Redstone, a company that specializes in developing Oracles.

Redstone has developped a feature in their Arweave gateway that enables users to sign transactions using an Ethereum wallet. This feature allows Pianity users to create an account on the platform with one of their Metamask keys. This makes any Metamask user able to instantly create an account on Pianity while keeping custody of their own wallet.

Redstone has developed a feature in their sequencer that enables users to sign transactions using an Ethereum wallet. This feature allows Pianity users to connect to the platform via Metamask, which automatically creates an account on Pianity. The wallet chosen in Metamask becomes the user's wallet on Pianity, making it easy for anyone to create an account on Pianity instantly.

Use Your Ethereum Wallet on Pianity

At Pianity, we are using this feature to offer our users the possibility to use their Ethereum wallet as a wallet for Pianity. This allows the assets you own to be properly attributed to your Ethereum address on the blockchain. This is the first step to a full integration of Metamask and Arweave.

In the future, we plan to develop a feature in Arsnap - an Arweave wallet we're developing that integrates into Metamask - that will enable users to view and manage the assets linked to their Arweave and Ethereum keys from Pianity and other Arweave-based platforms. This integration will provide a seamless experience for users, allowing them to easily access and manage their assets from one central location. We’ve already released a developer preview, so stay tuned for more updates on Arsnap.

For those unfamiliar with Metamask, it is a browser extension that allows users to interact with decentralized applications (dApps) on the Ethereum blockchain. It securely stores users' private keys and facilitates transactions on the Ethereum network. With the integration of Metamask on Pianity, users can now seamlessly connect to the platform and enjoy all the benefits of blockchain technology. 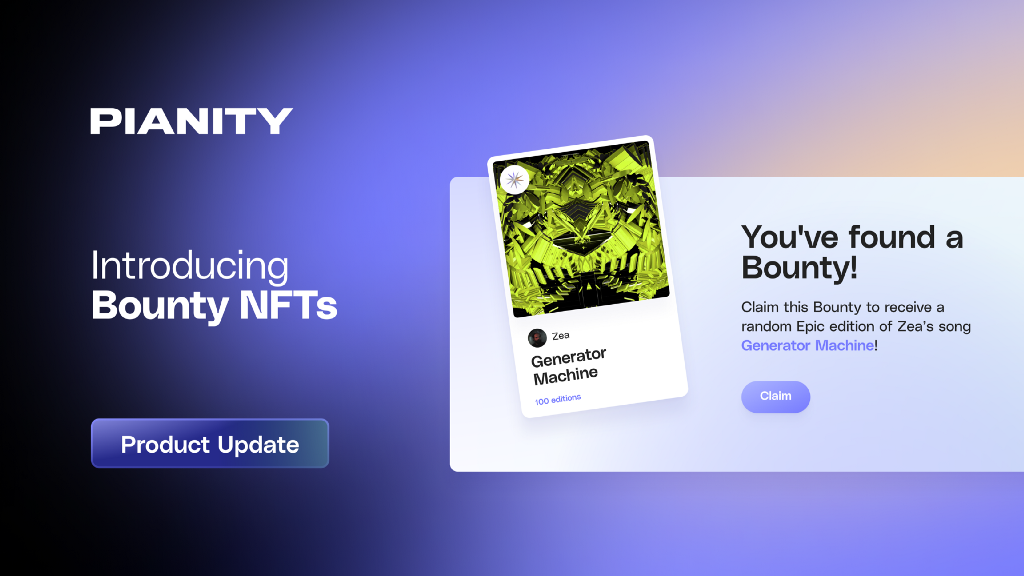 We’re releasing a new amazing feature today by introducing Bounties NFTs: free-to-claim NFTs that artists can distribute to their fans to thank them for their support! 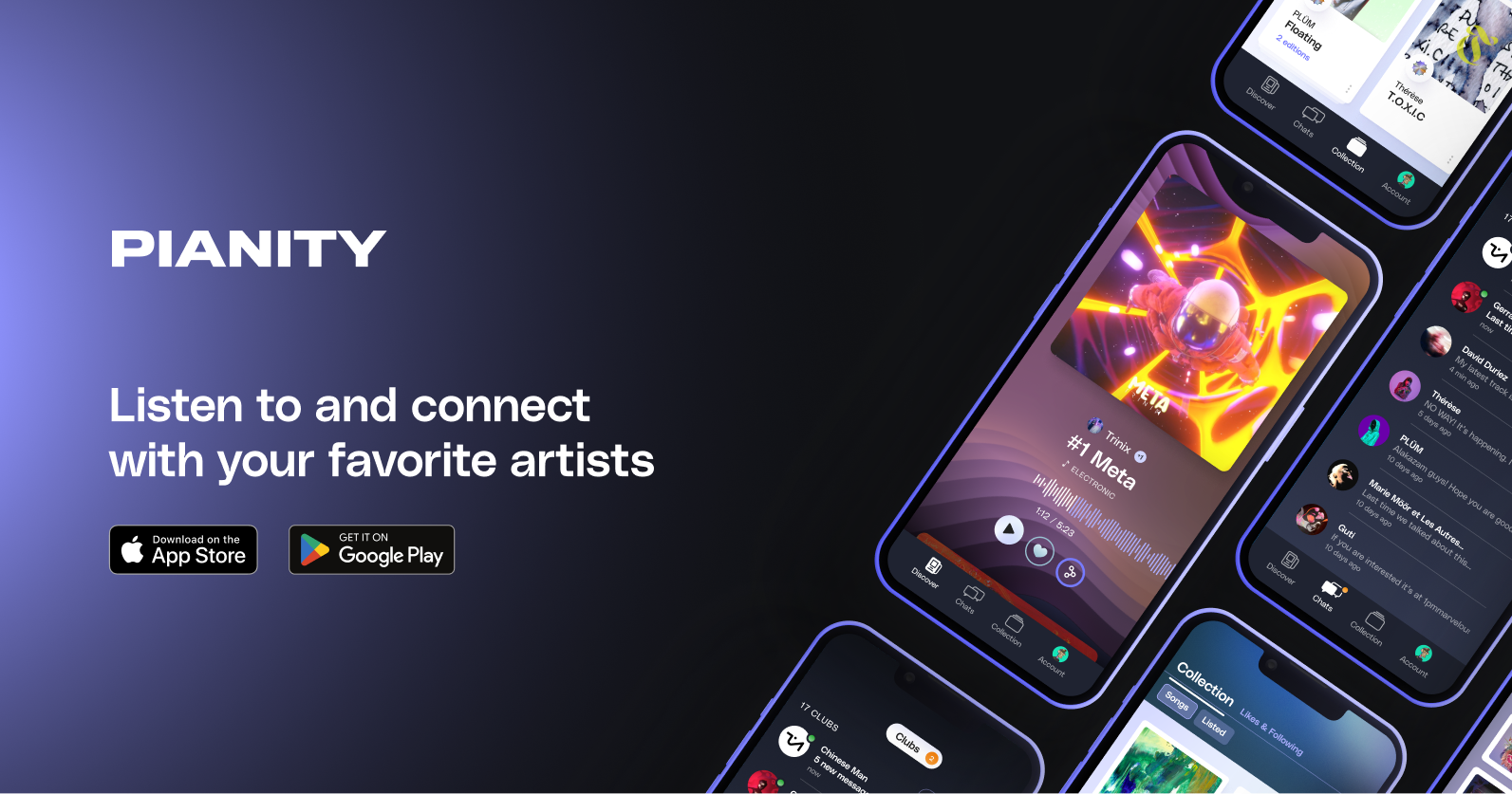 Pianity, one of the first music NFT marketplaces unveiled today its mobile application, a single and intuitive app that combines unique ways to discover new artists, listen to music, and deepen the relationship between artists and music fans. Introducing the Exclusive Content for NFTs. With it, you can add a full range of rewards and other benefits to your NFTs and give them all the exclusivity you want! These assets will help you as an independent creator to forge meaningful relationships with your fans!